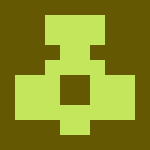 No activity found for this member.

Click here to try our our new webLogo IDE with integrated editor!

turtleSpaces is an advanced Logo programming language interpreter that facilitates easy creation of three-dimensional artworks, animations and games. It is based on and compatible with Apple Logo II (LCSI Logo II), which gives it a cool retro feel, but with a vastly improved user interface and modern capabilities such as multiple threads and turtles.

turtleSpaces is a project of RetroCoders, a history-centric coding program for young people that teaches languages such as Logo, BASIC and Pascal. Learn more at retrocoders.org